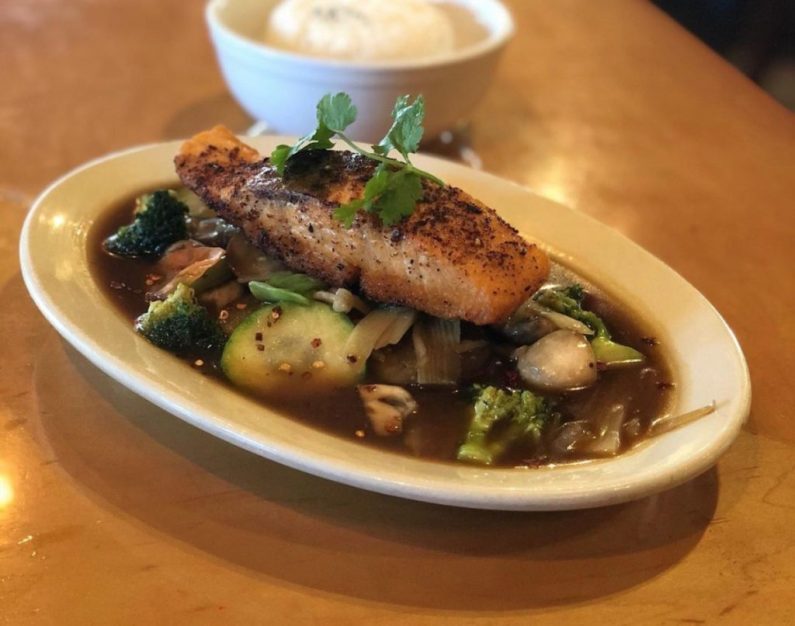 This would be the second location of Napol Suteeluxanaporn and their family’s Spoon concept.

Spoon currently operates its family-owned Thai-focused establishment on 749 Moreland Ave C-105, on the Eastside. The owner, Napol Suteeluxanaporn, confirmed a second opening on 816 S Central Ave in Southside. Suteeluxanaporn is aiming for an opening by March of next year.

“We consider ourselves Thai food that allows people to customize their options,” Suteeluxanaporn told What Now Atlanta (WNA). “Most restaurants you get Pad Thai but they’re probably going to make you choose between chicken or tofu. For us, you choose the entree and the meat of your choice and then the spiciness level — we are vegan friendly. Everything but the curry can be made vegan. We have a huge vegan following.”

The restaurant started by the Suteeluxnaporn family — who originate from Bangkok, Thailand — has a menu derived from the matriarch of the family, which has been “perfected” by Chef Aim. The rest of the family operate various functions of the restaurant — Sujaree runs the front house, while Wind manages the bar.

Spoon is part of a growing base of restaurants leaning on their digital presence to grow amid the pandemic using services like iOrder. “We help brick-and-mortar stores and restaurants accelerate their digital transformation using the power of Artificial Intelligence to drive growth, leveraging their customer’s data,” Jerry Abiog of iOrder said.

“Prior to covid, we are known for our craft cocktails and our craft beer list — so that’s what we were planning before covid. We’re hoping to do the same thing, but we’re not quite sure yet,” Suteeluxanaporn said. “It’s a new developing place. The area has been extremely supportive of what they do. A lot of people from out of town are coming to Hapeville because of the finished Porsche factory for work.”

Porsche got the go-ahead to expand its HQ in Hapeville in the Summer of 2019. They wanted to get ahead of the curve with the influx of people moving nearby.  Also nearby is Arches Brewery, whom Suteeluxnaporn has been working out a deal with. “I’m in talks with Arches Brewery which is a local brewery. Once we open, we’re planning on collaborating on an Asian lager.”

Curious to see the next wave for keeping restaurants safe and profitable?